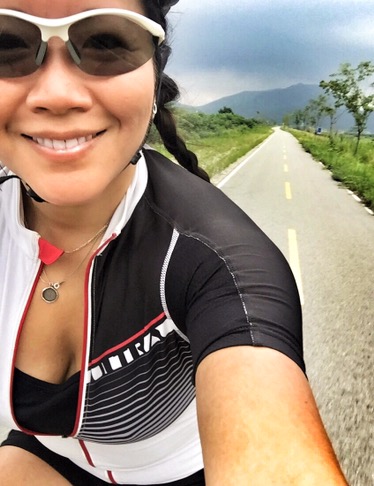 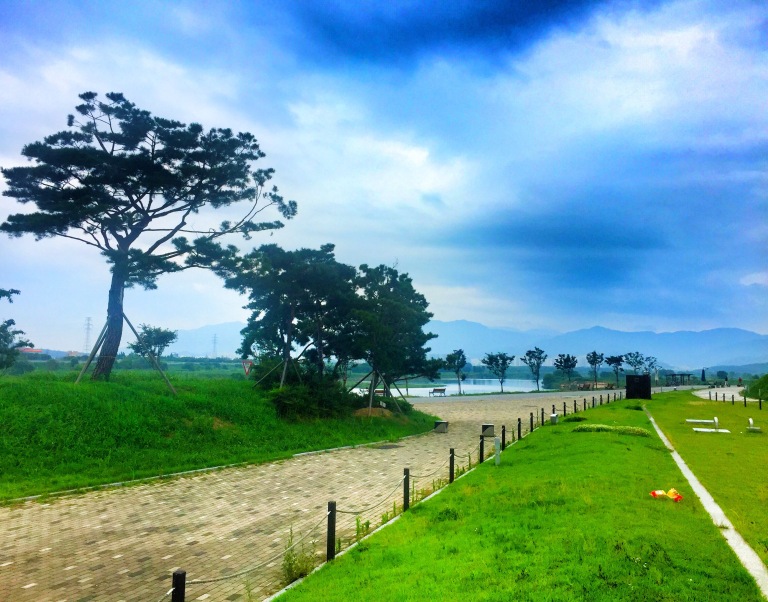 After a debaucherous night in Daegu with a delicious dinner, lots of beer and karaoke until the wee hours of the night, we got a late start on our third leg of the ride. This would be our first legit long ride  with a couple of very steep but relatively short climbs. See strava stuff below. 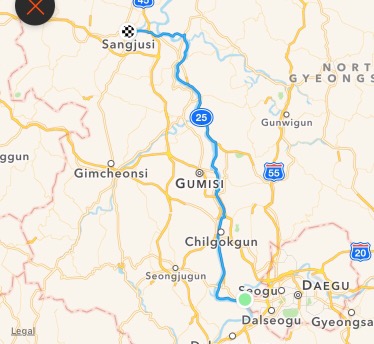 We rode over 60 miles but most of it was relatively flat on the river trails today making it for a pretty relaxed ride. The only drama we had (because ya gotta have a little drama) was a flat tire and me tipping over on a 17% incline about 2/3 of the way up. LOL


One of the awesome things about biking on the trails in Korea is that there are restrooms, pop-up trailer vendors and even convenience stores near the trails if you’re in a sightly bigger town. You don’t really have to carry much nutrition with you. Even with the hot and humid weather, I don’t think either of us went through two full water bottles before hitting an “aid station”. Although my man is like a camel and I’m not far behind…I think most normally hydrated riders can make it quite easily with just two bottles of water/Nuun/Gatorade etc.
We procrastinated a bit at this rest stop as we were approaching our first real climb and sorta technical terrain. Almost immediately riding out of the cute multi-colored awning “bodega”, the climbs began. It really wasn’t so bad…but on one of them which was a 17% incline, my inexperience had me in the wrong gear and a bit imbalanced out of the saddle, and by the time I got up about 1/2 to 2/3 up the hill, I went to pedal down and just tipped over onto my left side. LOL

Of course, the man was like, “OMG are you ok?” and somehow clipped out and got over to me pretty quickly even though there was nowhere to lean the bike as it would just roll down because of the steepness.  It’s still a bit of a blur to me. I was a bit demoralized and had to shut down the “You suck” voices as we still had a good amount of riding to do. At least I fell somewhat gracefully and didn’t sustain any major cuts or injury! Aurora’s brand new handlebar tape did get a bit ripped up though. Sadness. But onward we pressed into the sunset to find our next hotel in Sangju.


One thing to beware of, at least in the part of Sangju we were in, we could NOT find one restaurant serving a proper dinner although it looked like a fairly large and bustling retail center with shops brightly lit selling everything from skin care to athletic apparel.

So we ended up with another night of “Hof” or bar food, which we’ve now deemed as “Fried Mysteries”. 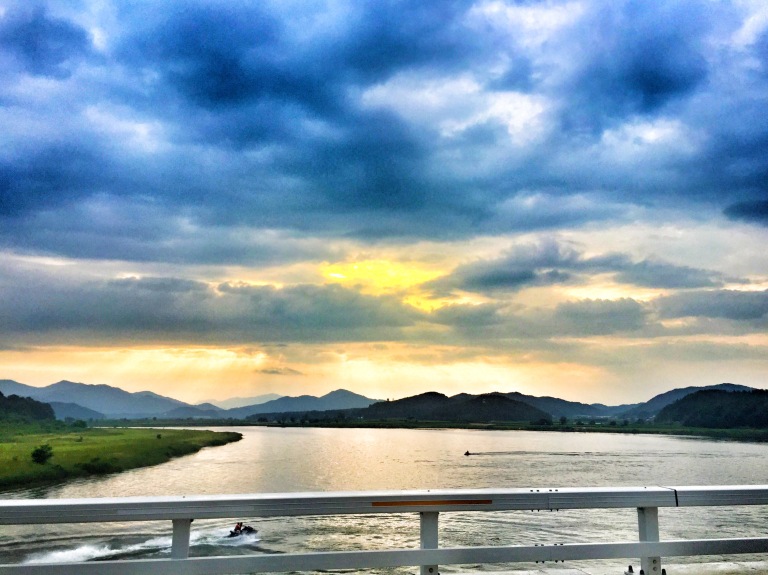