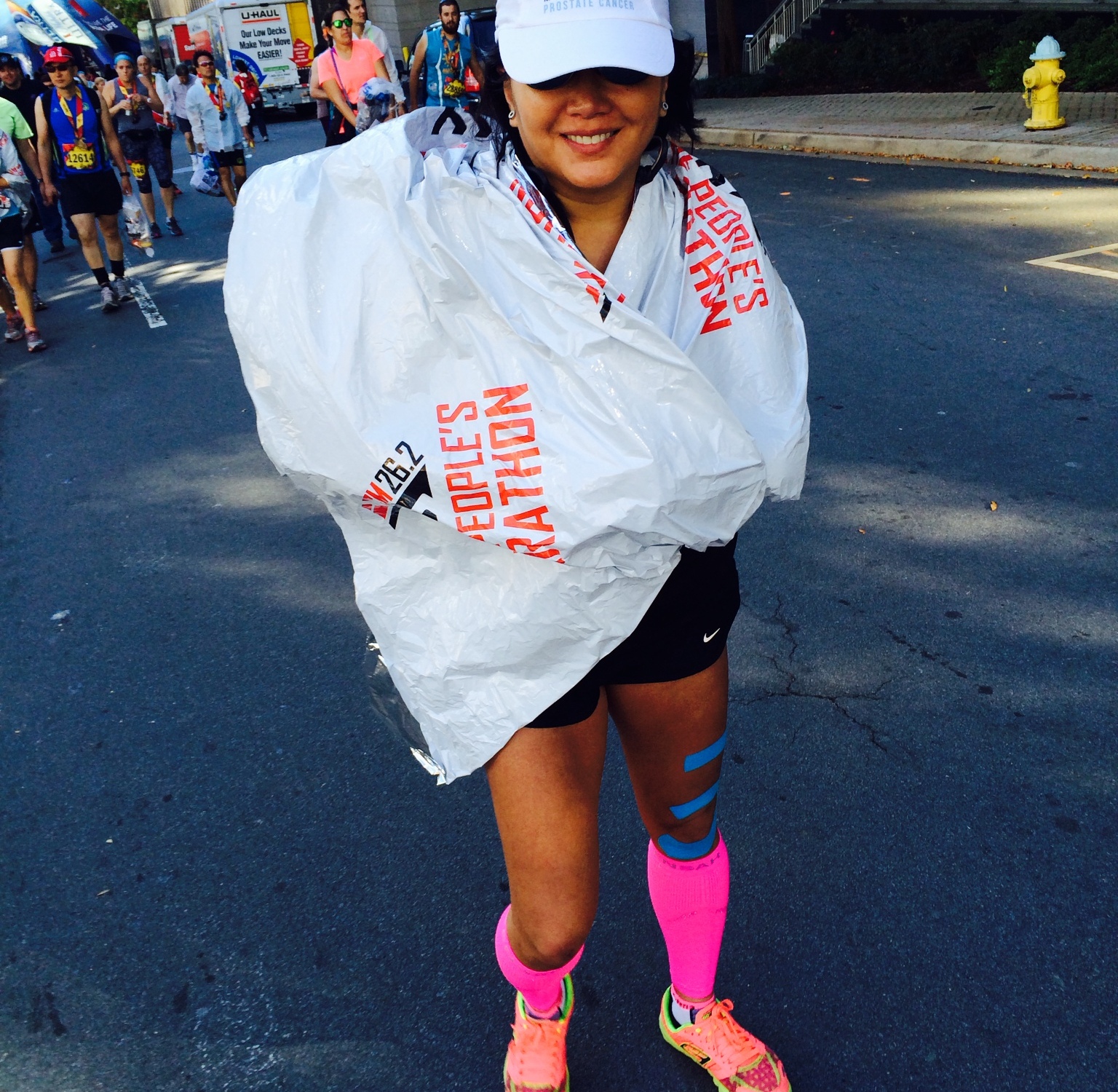 Aside from Oprah’s marathon running inspiration, one thing I’ve coveted even more than a finisher’s medal, was that foil wrap thingy I would see NYC marathon finishers with.  They’d be stumbling around in the subways after the horrid-sounding race of running through all 5 boros, including running across the scary Verrazano bridge.  Trust me, I lived in NY for 16 years and I don’t even like DRIVING through all 5 boros, let alone RUN through!  ANYhow, you don’t get that foil thingy for running a 5k, a 10k or even a half marathon…it’s only after one completes a full marathon, that one can claim this one-of-a-kind badge of honor.

Well, after two DNS’s (did not show) at the Marine Corps Marathon, I FINALLY FREAKING SHOWED UP AND DID IT!  I GOT THE FOIL THINGY!  #redemption

I’m not sure all the exact reasons why I run.  First and foremost, it’s just the sense of trying something really hard that most people won’t and CRUSHING it.  In the case of running (for me, at least), crushing it means I’m able to finish longer races injury free and in what I consider to be a “respectable” time.  Do I dream of someday winning in my age group?  ABSOLUTELY!  But I also do think it would be hilarious to come in dead last, you know with the ambulance and motorcycle cops trailing right behind you.  LOL.

Whatever your reasons are…just do it.  Running long distances reveals so much about yourself, your character, your challenges.  And in the end, if you just keep showing up, you realize that you are just an awesome human being, no matter where you finish.  Front,middle, back of the pack, or even injured and unable to finish.  You showed up!

Next: Marathon Camaraderie and Shenanigans